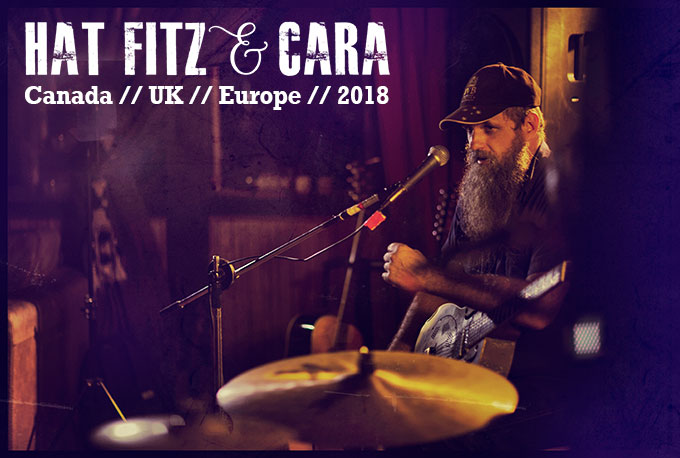 We are delighted to announce our new single ‘Doing It Again’ to coincide with our current UK and European Tour. You can listen, stream and buy it on Bandcamp here.

“Rhythmic and groove-laden, and possessed of some fantastically intricate guitar work, ‘Doing It Again’ is Hat and Cara in vintage form – always with an eye on the past, but very much moving forward.” Samuel J. Fell (Rhythms / Rolling Stone)

“Aussie bluesman Hat Fitz and Irish-born folksinger Cara Robinson are a striking pair. He is a giant raggedy-bearded man, maybe the lost member of ZZ Top who lives deep in the woods and eats anything that moves. She is a petite blonde, who barely reaches his shoulders. He has a deep, gruff Howlin’ Wolf-esqe voice while she dances with angels in her vocal. He plays wonderful resonator guitar. Her instrument is that sweet and soulful voice. It’s all she needs…” Blues & Soul 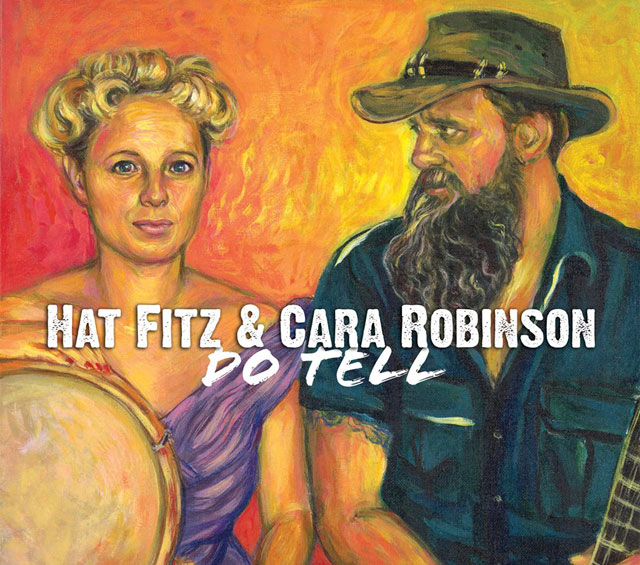 The Blues Magazine on Do Tell

The Blues Magazine have a piece introducing Hatfitz and Cara and the album release. [Read more here]

“Hat Fitz and Cara have the songs, the musical ability, the drive and the self belief to offer something refreshingly vibrant and new” Get Ready To Rock Pete Feenstra

Hat Fitz is a “veteran” wild man of the blues scene in Australia. He has a record 18 straight appearances at Byron’s East Coast Blues and Roots Festival, a record that is not likely to ever be broken, and one which bears testimony to his amazing live performances and popularity with festival goers.

Cara draws on her soul background (she’s toured Europe and the United States with singers such as Jamiroquai and the hugely popular Corrine Bailey-Rae), and although blessed with a sensational voice she was not content to be labelled as ‘just a singer’. She has taken to drumming duties as well as washboards, flute and tin whistle, sometimes all at once. 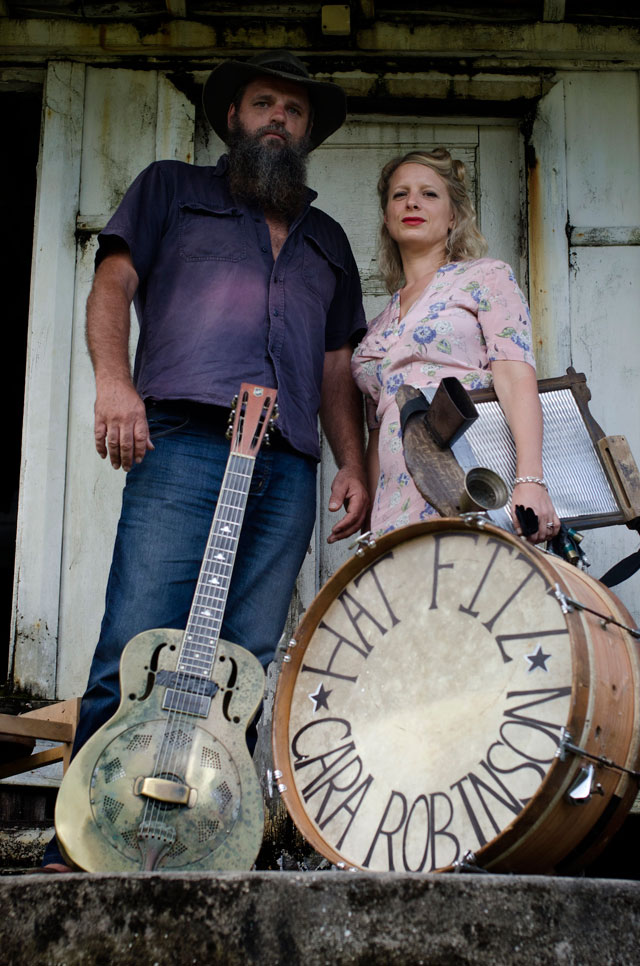