“Covering a staggering array of instrumentation, the duo embellish impeccable rootsy originals & Robinson shows she can belt it out too.” Classic Rock Magazine

Get Ready To Rock “this album is a celebration of everything that is good about contemporary roots music, so forget the labels and just enjoy. *****

“With Wiley Ways, Hat Fitz and Cara Robinson have crafted as genuine a blues record as you can hope to find in this day and age – simple, powerful, full of the inherent realism we’ve come to expect from these two, a stellar effort.” Samuel J. Fell Rolling Stone

“A nostalgia act with a future” Classic Rock

“If these don’t move you, nothing will” Phil Jackson BITS

“They pack more energy, emotion and sheer musical exuberance into one song than most manage in a whole career.” Spiral Earth, UK

“Aussie bluesman Hat Fitz and Irish-born folksinger Cara Robinson are a striking pair. He is a giant raggedy-bearded man, maybe the lost member of ZZ Top who lives deep in the woods and eats anything that moves. She is a petite blonde, who barely reaches his shoulders. He has a deep, gruff Howlin’ Wolf-esqe voice while she dances with angels in her vocal. He plays wonderful resonator guitar. Her instrument is that sweet and soulful voice. It’s all she needs…”  Blues & Soul

WILEY WAYS by HAT FITZ & CARA voted Blues Album of The Year 2012 by the Australian Blues Awards and Spiral Earth magazine. Buy on iTunes or Bandcamp or The Planet Company (Australia) 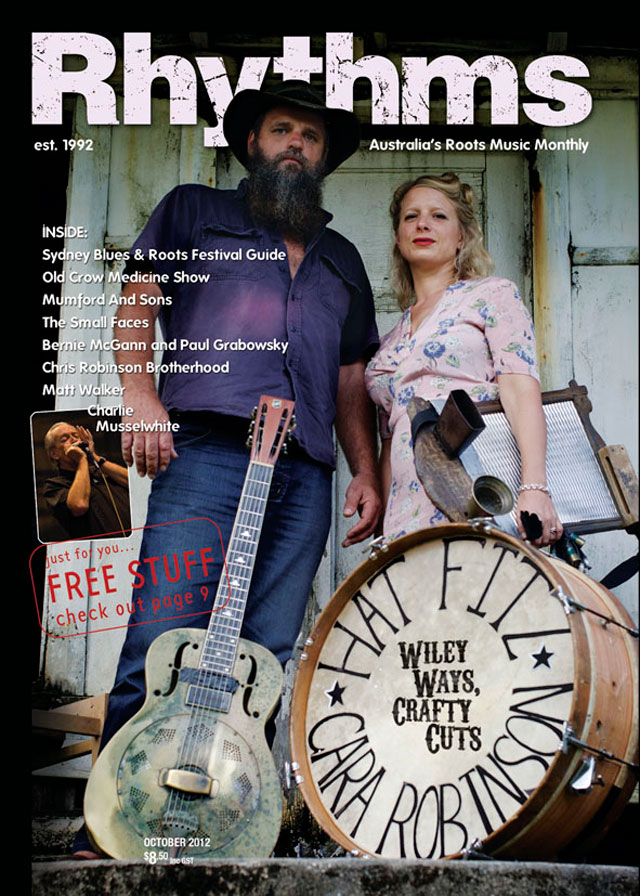 You can read the four page article in Australia’s ‘Rhythm’ Magazine here.