Wow and another hits the window in full force. It seems to me that it is the season over here for serious mating going on and not much common sense for bird life! They’re either falling out of trees whilst entangled in each others wings or they are plain sailing straight into doors possible in full escape flight!
Sorry about opening with my bird story but seriously this is in fact the 2nd one today that has crash landed into our sliding glass door. Better than anything else on the idiot box by far!

So after practicing me drums – as I had my first lesson the other day by none other than the great McKenna – I am studying my rudiments and looking forward to getting out on the road with Mr Hat Fitz this November in Australia, we are at present playing through the new tunes that we have recorded with Jeff Lang on the “Do Tell” album.

Can’t wait to share it with you live and pretty wrapped that it is now released here in Australia.
Yes it’s a spring album for you wonderful Aussies. We will be leaving the bush behind and setting off on our East Coast run through to Sydney and Melbourne.
We have been graced by the wonderful harp playing of Ian Collard too on this 3rd Hat Fitz and Cara album and also the soft dulcet tones of Alison Ferrier along with other various talented musos from Victoria – we have been blessed none the less!
As from the 12th of November we are pleased that we will be sharing this with you face to face starting in the beautiful town of Belingen.
Would like to also tell you our news of what we have been at lately.
Well in Easter last year we were lucky enough to be invited over to East Canada for the ECMA awards to showcase representing Australia where we were lucky enough to receive the first standing OV in several years and were wrapped that they want us back for a tour next March 2015.
So our wings are spreading further a field which is a great opportunity for us.
Of course the first thing that Fitzy did was write his name in the snow with his wee as soon as we had landed, actually it was just Fi……
Isn’t that a girls name?

Anyway we also were nominated to fly to Memphis TN USA and take part in the Heats for the Memphis international Blues challenge.
What a buzz so looking forward to representing Australia, this will be taking part in January 20th of 2015 so peeps start saving your pennies, what a trip.
Well folks would just like to say a huge thank you to you all for your support and keeping in touch with us out there as without you we would not have these great experiences through out our journey on and off the road.
So thank you and hope to see you real soon.
Cheers x Cara & Fitzy 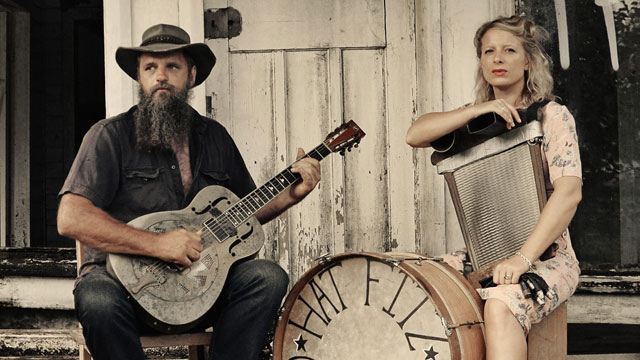